As Smash Single, “Say I Won’t” Continues to Impact Radio,
Pandora Ushers them into their Billionaires Club,
and The Grand Ole Opry Welcomes them back on July 10 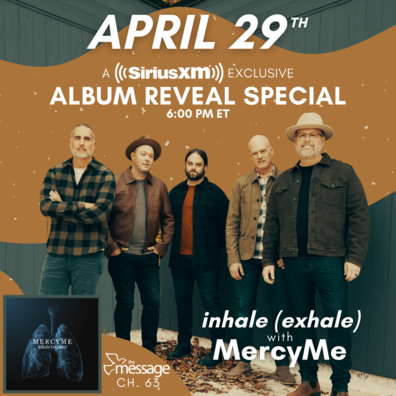 On April 29th, SiriusXM – The Message (Ch. 63) exclusively premiered the album on their inhale (exhale) Album Reveal Special, which will be rebroadcast multiple times throughout this weekend.  The special was the first place fans were able to hear the album from top to bottom – hearing the story behind each song as told by the band.  Afterwards, the band joined SiriusXM listeners in a virtual After-Party in The Message Blue Room event and were joined by special guests featured on the album, Gary LeVox (Rascal Flatts) and Gloria Gaynor. 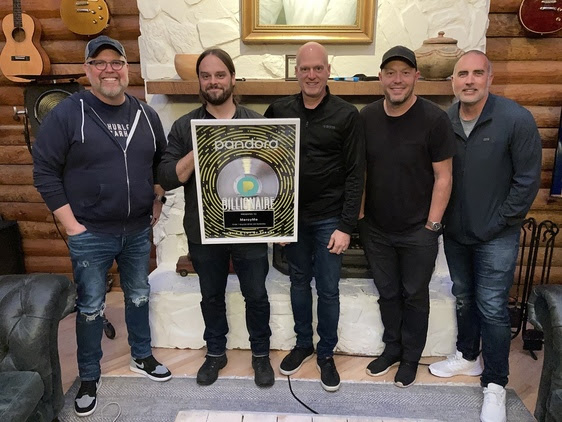 During the album reveal special, the band was surprised by Melissa Chalos, senior curator of Christian/Gospel with music streaming site Pandora, with a plaque presentation welcoming them into the Pandora Billionaires Club, commemorating over a billion streams of MercyMe songs across platform.

Leading up to the album release, MercyMe has made several media appearances, including FOX Nation’s special concert episode of Ainsley’s Bible Study, and an incredibly inspirational segment on Good Morning Amercia’s GMA3 with their friend and inspiration behind “Say I Won’t,” Gary Miracle.

With an extensive Billboard feature, CBN News’ Studio 5, and many other press hits this week and coming soon, MercyMe will appear on TBN’s HUCKABEE on May 15/16, and is excited to return to the Grand Ole Opry for a live Circle TV/Livestream performance on July 10, tickets for which are currently on sale at Opry.com.

In support of the single, MercyMe has spoken with 100+ radio stations over the past six weeks – including special appearances on The Morning Cruise (The Joy FM), The Wally Show (WayFM), Chris Fabry Live! (Moody Radio), and an upcoming appearance on the KLOVE Morning Show with Skip and Amy.