By GMASeptember 17, 2021News
No Comments 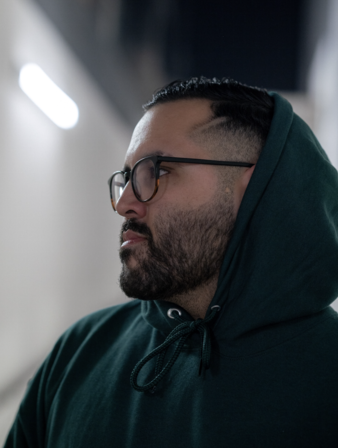 “Vitor called me and asked me to create an intro anthem for his match with Evander Holyfield,” Santiago shares. “When I sent [him] the song he loved it so much he asked me to walk out with him. I was able to produce this with 703izzy, Datin, who helped me write a song based on Psalm 144, and Luis Cancion, who mixed and mastered the song in one day.”

“Goliath lost, David made his giants fall ’cause he relied on God, that’s how I defy the odds / I am charged because I’m powered by a higher source, Ima march into battle fearlessly and Ima brawl / Blessed be the Lord, my rock, who trains my hands for war and my fingers for battle / He anoints my head with fresh oil and my cup shall overflow” – lyrics from “Psalm 144-Marty”
___________________

Additionally, it was announced last month that Social Club Misfits received three nominations for the upcoming 52nd Annual GMA Dove Awards. Recognized for Rap/Hip Hop Album of the Year (Feared By Hell), Rap/Hip Hop Song of the Year (“Is That Okay?”), and Short Form Video of the Year (“Is That Okay?”), the winners will be announced live and in-person on October 19th at Allen Arena in Nashville and will air exclusively on TBN on October 22nd. The duo also has various tour dates over the next few months so be sure to visit their site for more information.