Nashville, TN — It’s an exciting time for the Tankard family as they get ready to kick off Season 4 of their hit reality show, Thicker Than Water: The Tankards. The show had a very successful three-season run with the Bravo TV Network; however, this time around, they are branching out as Executive producers and owners of their own show under the CJC Network.

Ben Tankard, patriarch of the family, known globally as the Godfather of Gospel Jazz, has touched hearts and blessed the ears of the masses for over three decades. With a plethora of honors and awards to his name, Tankard recently garnered another #1 song on the Billboard Smooth Jazz National Airplay Chart with his unique and captivating rendition of Marvin Gaye’s song, “Just Like Music” from his album SHINE.

“I am elated about the tremendous response we have had at radio and retail for this new CD and equally geeked about the new season of our show,” Tankard says.

With full control over the show and it’s direction, Tankard is confident and pleased that he can use all of his music to set the mood for the show.

“Our hit single “Just Like Music“ recently hit #1 on the Smooth Jazz Billboard chart and, we have selected it to be the theme song to this 4th season of the show,” Tankard explains. “We are very grateful to Bravo for the start they gave us in reality tv with our three seasons with them. This new chapter is super exciting as Executive producers and owners of the show. We are honored to have partnered with noted film director Carl Jackson and his CJC Network on this season! This season will show a backseat to our lives as business owners, pastors, and parents.”

You’re invited along for the ride as this creative family of twelve journeys together through their lives that will be full of fun, surprises, and, most importantly—a whole lot of love. Tankard felt it was essential to bring all aspects of their tight familial bond to light for everyone to see. He says, “With more control over the direction of the show, we can include more of our lives that we couldn’t before. When we were with Bravo, it was hard to do because they tended to lean more toward conflict-based storylines than music and creativity. This time we are our boss, inspired by Tyler Perry to own our content, and we are streaming it directly to our fans, which is the first time for a Smooth Jazz and Gospel artist.”

The new season of the fun-loving family docu-series begins on Sunday, August 29th at 8:00 P.M. and 11 P.M. on the CJC Network. Viewers can access the network by getting the LOCAL NOW app on their televisions and phones. The CJC Network is distributed and produced in partnership with The Tankards and noted film producer Carl Jackson, owner of CJC Television Network. This family-themed network which reaches over 70 million homes in the U.S.

Weekly showtimes for Thicker Than Water: The Tankards will be every Sunday at 8:00 P.M. and 11:00 P.M. CST beginning August 29th on www.TVCJC.com. Fans can also catch up on seasons 1-3 streaming now on Amazon.com. 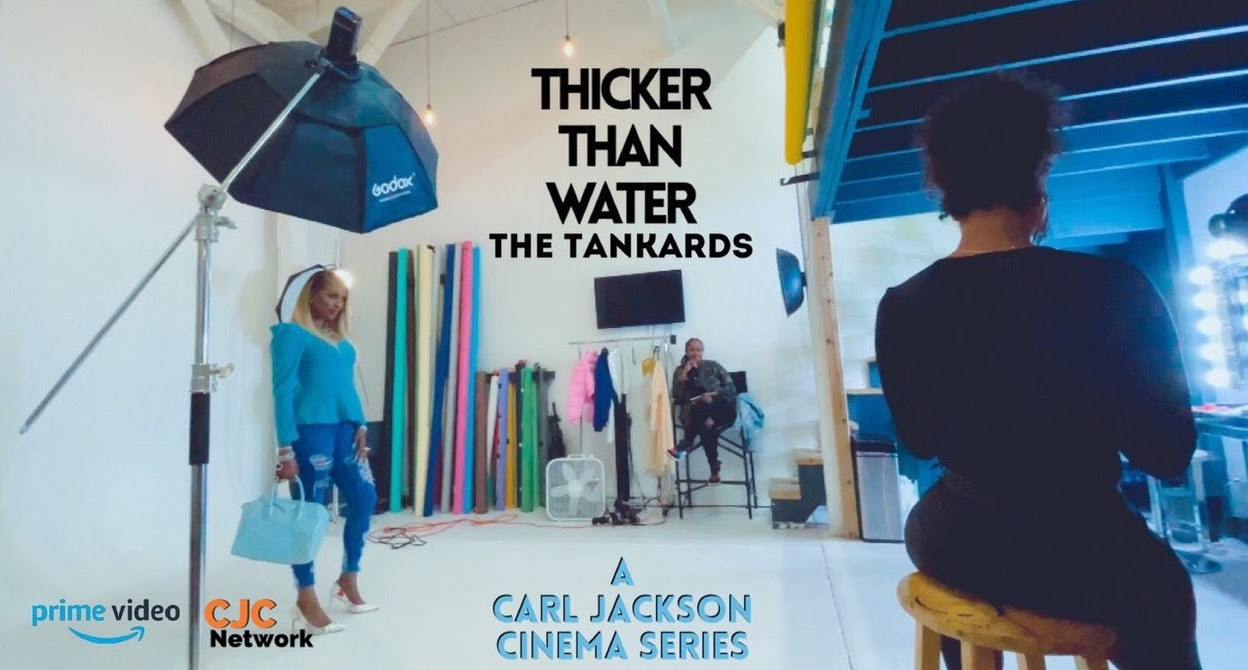