Nashville, TN…. 4/15/21 – GRAMMY® nominated, multiple American Music Award, Billboard Music Award and Dove Award-winning band MercyMe appeared on Good Morning America’s GMA3 today in a special segment with their friend and inspiration behind their new hit single, “Say I Won’t.”  The track is one of 16 on their April 30 relese, inhale (exhale).  Click the photo below to watch. 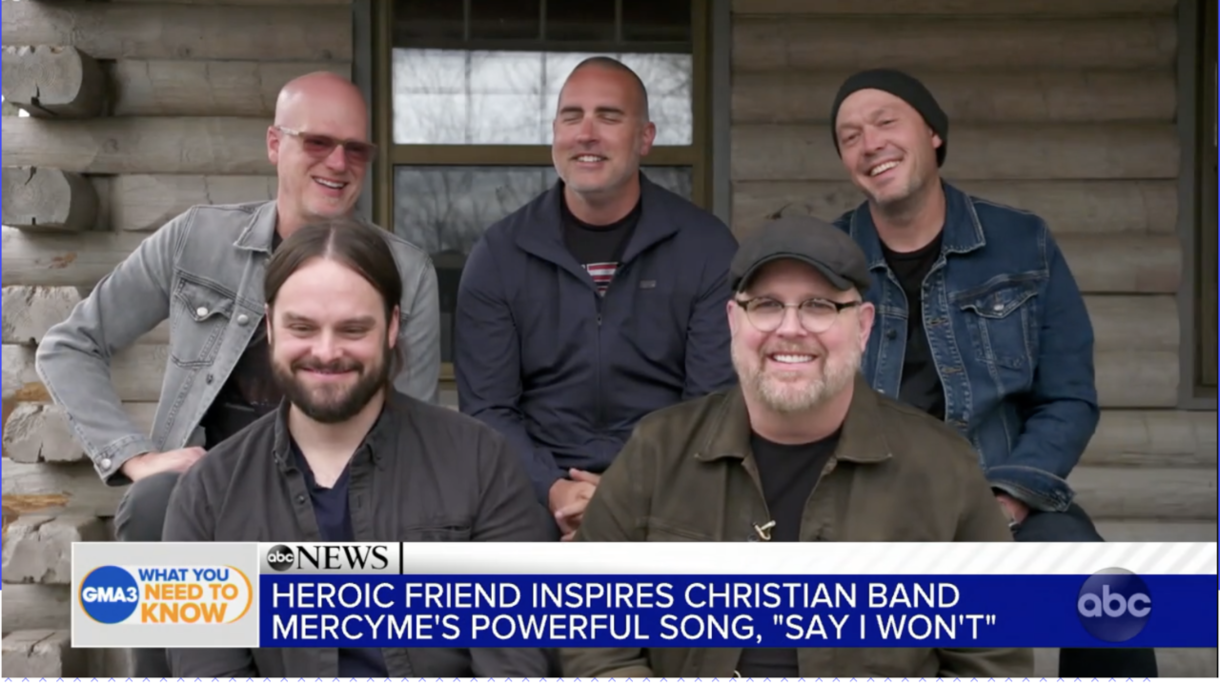