NASHVILLE, Tenn.—Guy Penrod, one of Gospel Music’s most awarded and best-loved vocalists, will be bringing his signature live performance experience to viewers around the globe June 21 as his “Concert On The Couch—A Father’s Day Celebration From Franklin Theatre” premiers for one-time online viewing at 7:00 pm Eastern Time. Virtual doors will open at 6:00 pm Eastern Time with special pre-show content. Filmed recently at the historic Franklin Theatre outside Nashville, Penrod’s “Concert On The Couch” is being made available in partnership with Thrive Media Streaming. Exclusive online viewing passes, available for a suggested donation of $5, can be reserved beginning tomorrow by registering at guypenrod.com.

“The last few months have been a challenging time for us all,” says Penrod. “I couldn’t think of a better way to reconnect with so many friends around the world than spending Father’s Day evening together. Just a few weeks ago, we filmed a memorable night of hymns, worship songs, and many of my favorites at the historic Franklin Theatre not far from my home. It is my prayer that hearts will be lifted and encouraged as we share a special time of song, laughter and celebration.”

“My heart goes out to so many who are suffering and enduring hardship during this season,” Penrod continues. “This is a way we can give back. Folks can register and kick back for a great night of music for just a $5 donation, or whatever they’d like to give. So, come join us on Father’s Day—we’ll just miss getting to hug your neck after the show.”

Featuring an all-star band, Penrod’s “Concert On The Couch” will include many classic songs of faith, including “Nothing But The Blood,” “I Surrender All” and “Leaning On The Everlasting Arms.” In addition, Penrod will revisit such concert favorites as “Pray About Everything” and “The Baptism of Jesse Taylor,” among others. 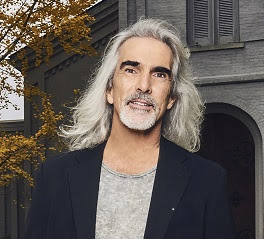 A member of the Gospel Music Hall of Fame (Gaither Vocal Band) and Texas Gospel Music Hall of Fame, Guy Penrod has performed at leading venues around the world, including The Grand Ole Opry House, Carnegie Hall and The Sydney Opera House, as well as appearing at CMA Music Fest and the 2017 Presidential Inauguration. With career sales of more than 4 million—including the Platinum-selling long-form video The Best of Guy Penrod—his recordings have set a standard for Gospel Music and consistently top Billboard sales charts.