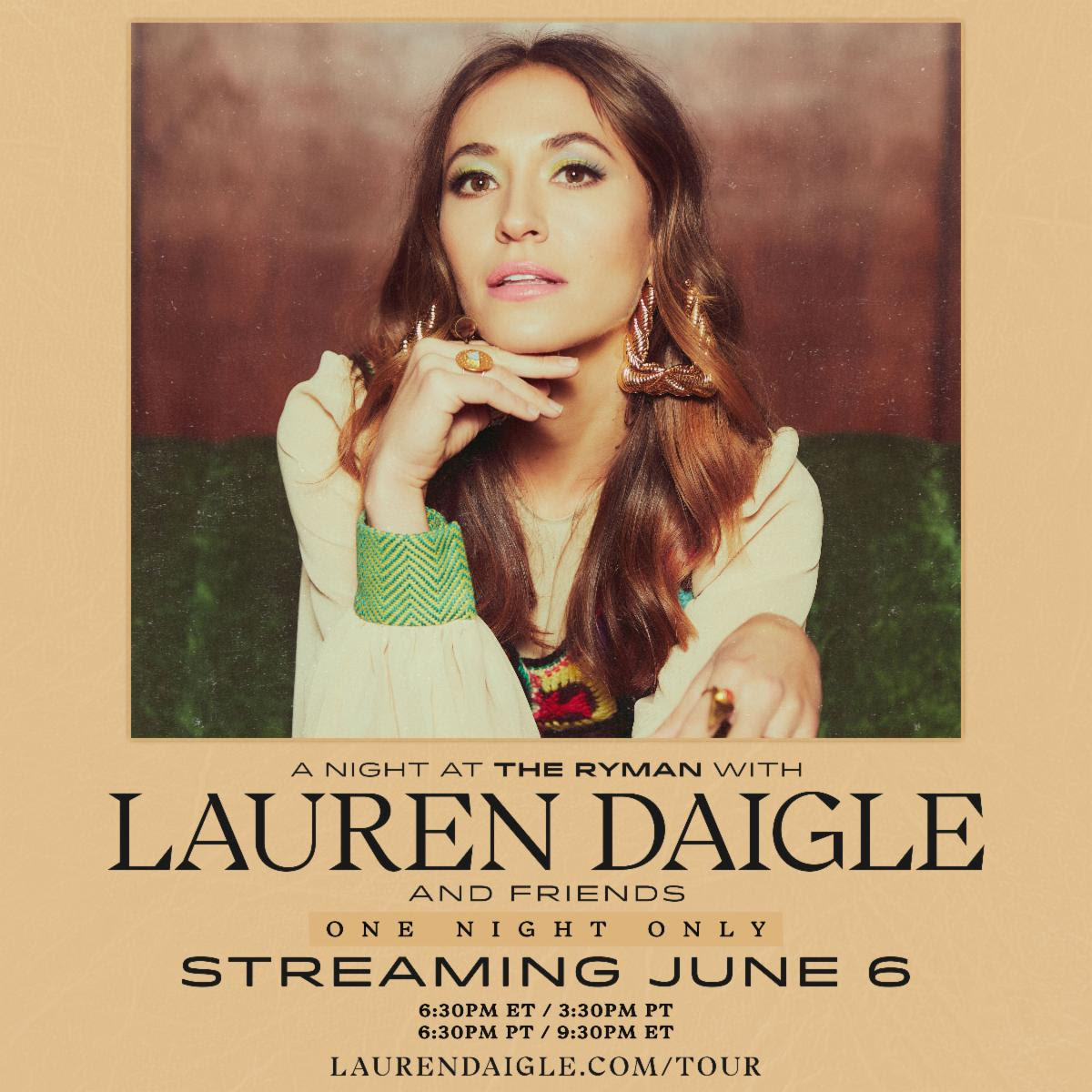 Two-time GRAMMY Award winner and multi-platinum recording artist Lauren Daigle has announced an exclusive online streaming event like she has never done before. The event, “A Night at The Ryman with Lauren Daigle and Friends,” will be streaming on June 6th and is made possible with streaming technology powered by Mandolin. It was filmed at Nashville’s historic Ryman Auditorium and features never before seen collaborations with multi-platinum recording artist Jon Foreman of Switchfoot, GRAMMY Award winner and five-time CMA Nominee Natalie Hemby of The Highwomen, singer/songwriter Ellie Holcomb, and Petey Martin.

The stream is available for fans in the US and Canada at two different times on June 6, 6:30pm ET and 6:30pm PT. A limited number of VIP tickets are also available. The VIP tickets include an intimate virtual Q&A with Lauren, livestream access, and exclusive behind the scenes content. Tickets can be purchased at LaurenDaigle.com/Tour. Each ticket includes a 48-hour replay of the broadcast. $1 from every ticket sold will be donated to the Price Fund, a Lauren Daigle foundation.

“Sharing the stage and collaborating with other musicians has always been a high-point of any live show for me,” shares Daigle. “To be joined with some of my dearest friends for a night of music and fun is such a blessing and makes me eager to be able to get back on the road!”

Since the release of her GRAMMY Award winning, platinum certified album Look Up Child, Lauren Daigle has reigned on the Billboard Charts. The album debuted at No. 3 on the Top 200 Albums chart making Daigle the first female artist to simultaneously hit the Top 10 on both Billboard’s Pop and Christian Billboard Album Charts. In addition, the GRAMMY Award winning crossover hit, “You Say,” became the longest-running No. 1 song of any genre on the weekly Billboard Hot charts at an incredible 125 weeks and was recently certified 4x-platinum by the RIAA. Daigle has earned seven Billboard Music Awards, four American Music Awards, ten GMA Dove Music Awards and sold-out concert venues all over the world.