By GMASeptember 24, 2020News
No Comments 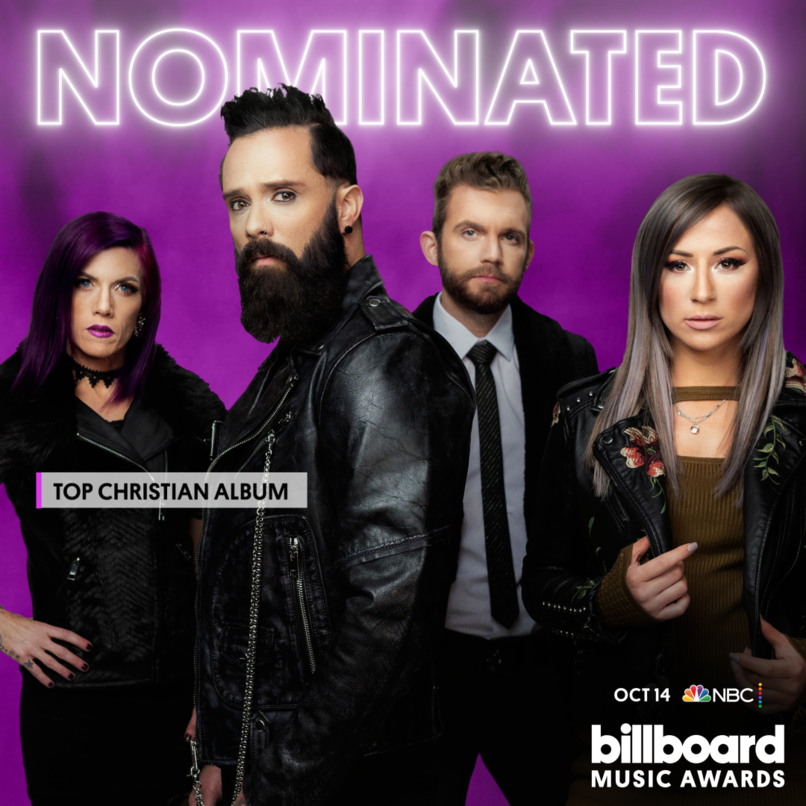 Nashville, TN….9/23/20 – Mutli-platinum rock band SKILLET has received their 10th  Billboard Music Award nomination with their 2019 project, Victorious, receiving a nod for Top Christian Album.  The show will air October 14th at 8/7c on NBC.
SKILLET is also teaming up with Billboard to raise money for The Red Cross with a Billboard Live At-Home performance tomorrow, September 24 at 1pm EST.  Fans can watch and comment during the event on Billboard’s Facebook page.

Two original Victorious tracks are also getting traction as “Legendary” has been tapped once again for the WWE’s Monday Night Raw theme song this fall, and “Terrify the Dark” is currently impacting Christian CHR/Hot AC radio.