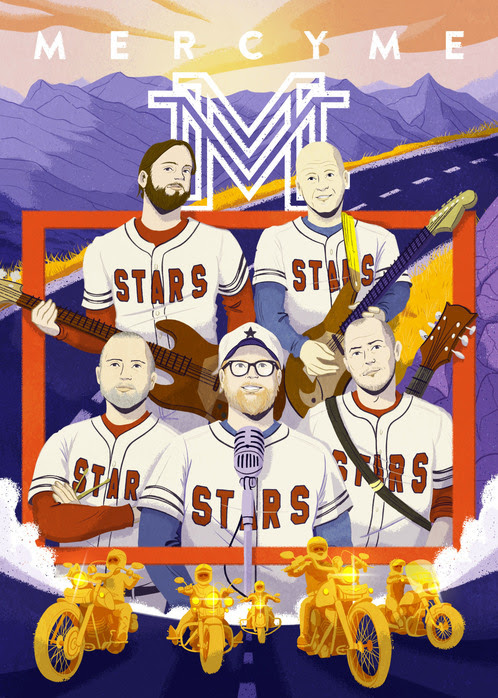 For a limited time, MercyMe is excited to have launched co-branded Topps trading baseball card with Music City Baseball and the Nashville Stars. Available now through January 1, 2022, through Music City Baseball’s dedicated partnership with the Negro League Baseball Museum, 50% of all proceeds will be donated to the museum.

Millard, who grew up in Texas as a Rangers fan, is one of Music City Baseball’s trusted Music Advisors working to help bring Major League Baseball to Nashville.

“I love the fact that it’s Music City and I love the fact that there’s an advisory board of musicians behind this,” said Millard. “I think it’s crucial. One thing that sets us apart from other cities is the people advocating for this team. I’ve never seen a city that’s more certain of its identity and what it’s capable of. And people get it. It’s already a destination place for so many people and to add baseball to that? It’s a no-brainer.”

As a musician who grew up as a passionate baseball fan, Millard was an ideal partner with the group because he understands the beauty of baseball. “We are proud to have Millard on our team. He already has shown enthusiasm in our efforts and provides valuable insight in our overarching goals as we continue to create community excitement over our initiative,” said John Loar, Managing Director of Music City Baseball.

MercyMe will continue their inhale (exhale) tour into the new year. Tickets to the newly announced spring 2022 leg are on sale now at mercyme.org. The 2022 tour will feature Rend Collective and special guest Andrew Ripp.
##