After alerting his fans that he’s finished recording his new album, Andy Mineo, dropped “MPJ Freestyle,” a sneak preview to warm fans up for the release of his fourth studio album, Never Land II, a follow-up to his Never Land EP which was released in 2014.

If you are wondering what’s been on Andy’s mind, this song is the answer. Mineo doesn’t keep a diary, instead he put it all into the music. The “MPJ Freestyle,” continues that tradition. “I recently developed a friendship with Denver Nuggets/NBA player, Michael Porter Jr. (MPJ) and we have a lot of private conversations about the sports and entertainment industry and how it tests our faith,” shares Andy. “So I dropped a line in the song ‘Lord keep your hand on MPJ that he goin’ keep his pants on and behave. There’s a lot of married men in the NBA who got shorties in cities on NDAs,’ alluding to one of our conversations.” The two buddies went live yesterday and talked about the verse! During the conversation, Mineo asked MPJ how he maintains his faith amidst all the temptation. You can watch for MPJ’s answer in the live, click here. The songs are actually about more than MPJ, it’s a peek into Andy’s mind and all the things he’s been thinking about lately. 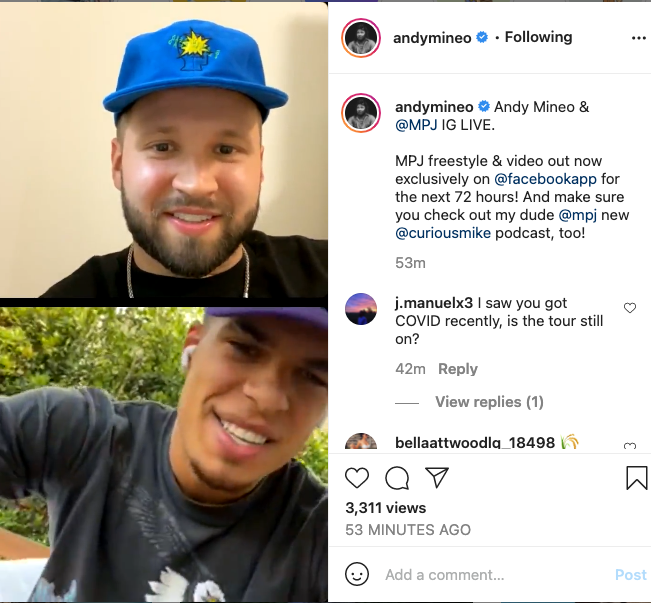 In the conversation, MPJ, who now hosts The Curious Mike Podcast, also asked Andy Mineo how he feels being a white rapper in the overwhelmingly Black hip-hop industry. Mineo took the time to candidly answer, stating, “I think when you appreciate and don’t appropriate, it’s a very different response. I know that I’m a guest in this whole [hip-hop] thing. Hip-hop is formed from Black Culture and I get a chance obviously to honor the culture that I’m a part of, show respect, and also be able to get in and do my thing. Because of my respect for hip-hop and because I’ve been about it, it’s a very different response.”

The two also talked about contracting Covid-19 despite being vaccinated. Andy who is scheduled to head out on tour expressed his hope that his quarantine would soon be over so he can hit the stage! The tour ironically kicks off in Denver on September 21st and the two will continue the conversation on MPJ’s Podcast, “Curious Mike.”

Click here to Watch the Facebook Exclusive Premiere of the official “MPJ Freestyle” music video. Exclusive for the next 48 hours!

Follow @AndyMineo everywhere! Please find the tour dates for “The Return To Never Land” below: 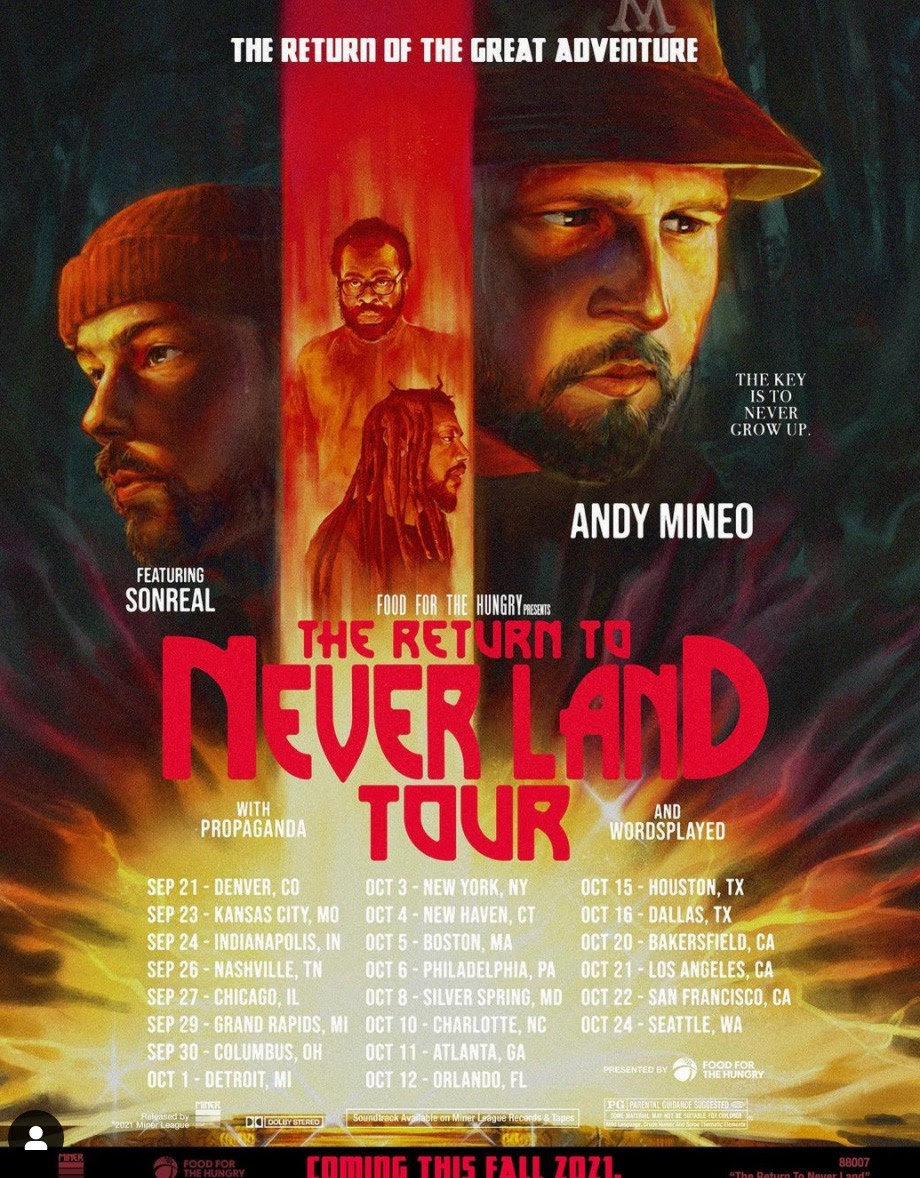