Nashville, TENN. – Following the news of their first arena tour in two years, four-time GRAMMY Award winning, platinum-selling duo and Curb | Word Entertainment recording artist for KING & COUNTRY have announced for KING & COUNTRY | A Drummer Boy Christmas Tour. Joel and Luke Smallbone will be bringing their annual Christmas spectacle to arenas over 14 dates, performing their Top 10 album A Drummer Boy Christmas live in concert for the first time, as well as selections from their industry record SIX consecutive No. 1 hits. Fans will have the chance to see for KING & COUNTRY perform their No. 1 charting, world renowned version of the Christmas classic “Little Drummer Boy.” To get a taste of what to expect, check out the duo’s sparkling performance of “Little Drummer Boy” on ABC’s CMA Country Christmas HERE. for KING & COUNTRY are honored to support The Salvation Army during the upcoming tour to help families in need during the holiday season. 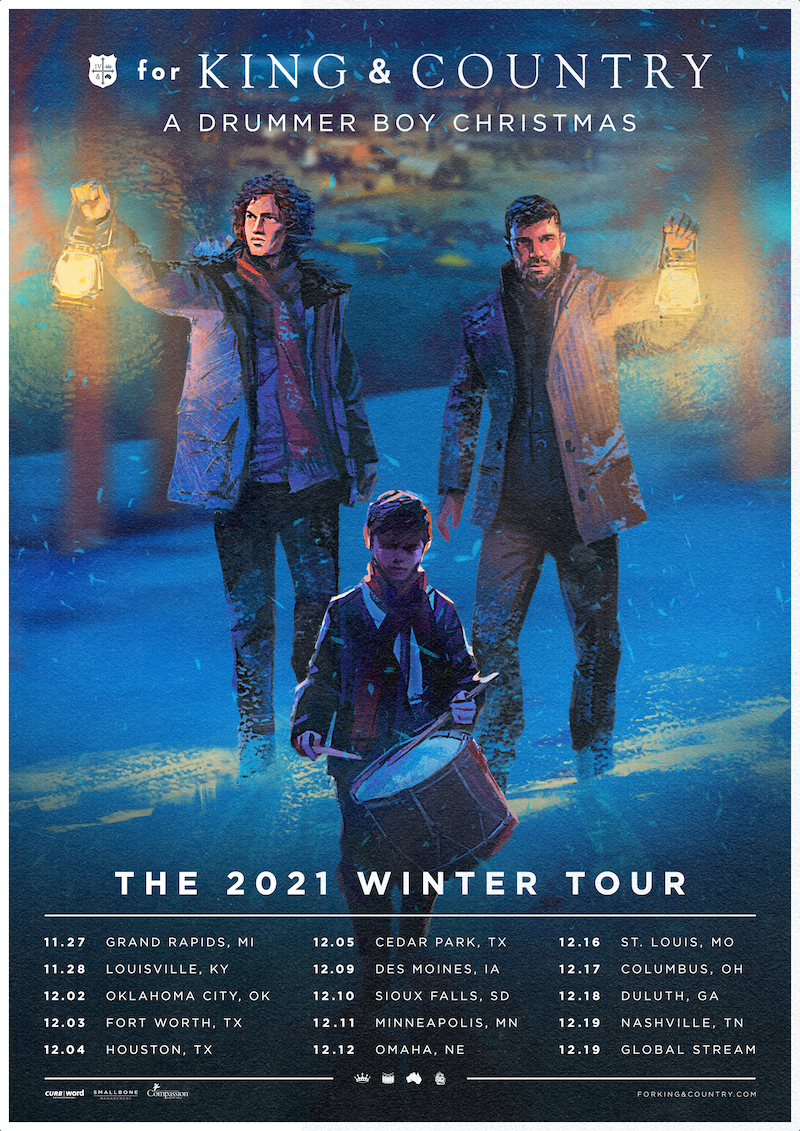