Following the Sept. 3 release of his third full-length and second Centricity Music album, Get Out of the Way of Your Own Heart, acclaimed singer / songwriter Chris Renzema embarked on his long-awaited “Hope or Nostalgia” headline tour this fall. Playing mainly clubs, his mostly college-aged fans swooped-up tickets, packing every venue while officially generating 21 sold out events so far with two concerts left to play: Asheville, NC (11/22) and Atlanta (11/23). 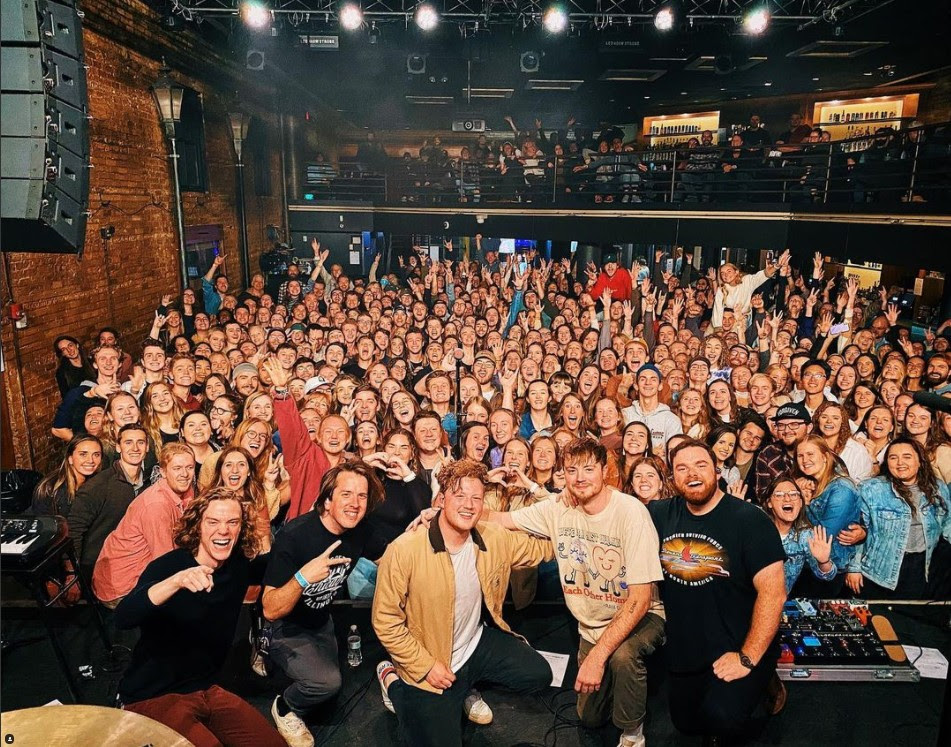 Extending the tour into larger, theater-sized venues in the New Year, Renzema announces today the first 24 “Hope or Nostalgia” concerts of 2022, which will officially go on sale this Sunday, Nov. 12. All the current cities, dates, venues and ticket information is available now at http://chrisrenzema.com/.

Taking his new music and fan favorites coast-to-coast across 17 states, the “Hope or Nostalgia Spring Tour” launches in Phoenix Feb. 27 and travels to Los Angeles, Seattle, Portland, Denver, Oklahoma City, Omaha, Birmingham, Charlotte and more major markets before wrapping up April 22 in Bryan, TX. He also revisits Chicago, Dallas / Fort Worth and Grand Rapids, MI, playing larger venues in these fall tour cities as demand for tickets there and across the country continues to grow exponentially. A tour sizzle reel can be seen at this link while multiple photos and video clips from the fall tour are highlighted on Renzema’s Instagram.

“I am really excited to be hitting the road again this coming spring,” says Renzema. “Getting back to playing live shows was such a life-giving thing, which I think translates very evidently in the Hope Or Nostalgia Live recordings as well. Singing, dancing and worshipping together means more to me now than ever, and it’s going to be a blast getting back to it.” 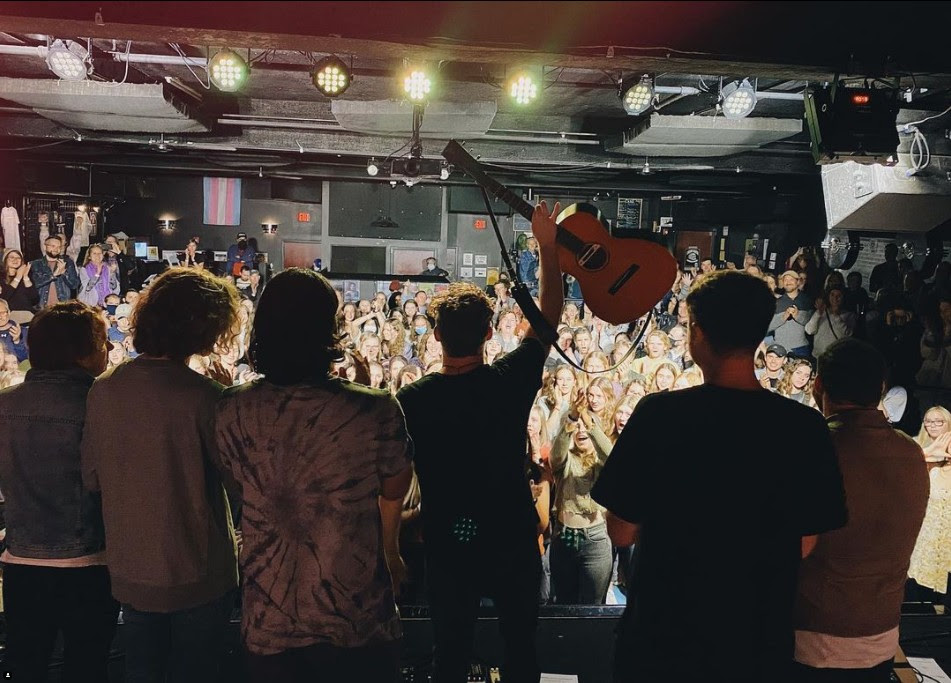 Between now and next year’s tour, fans will be able to experience the dynamic energy of Renzema’s concerts on the Hope Or Nostalgia Live EP available at digital and streaming outlets everywhere beginning tomorrow (Nov. 10). His first live recording, the EP captures the participatory, sing-at-the-top-of-your-lungs experience heard on the fall tour and features Get Out of the Way of Your Own Heart favorites “Old Dreams,” “Stronger Love” and the LP’s title track.

“Chris Renzema is singing about the things that are important to the college-aged crowd, expressing lyrically and musically what they are feeling,” says John Stokes, Centricity Music VP of Sales and Digital Marketing, suggesting the root of this artist’s success. “When Renzema and his fans come together, the bond they share is palpable. The crowd knows and sings out every word like they mean it – and they do! It’s what has made him the hottest ticket in this genre. We are thrilled to be a part of sharing the music and story of this remarkable artist.”

While Renzema’s current studio album, Get Out of the Way of Your Own Heart, doesn’t always provide painless resolution or black and white answers to gray areas, it does emphasize the fact that we never have to wrestle with life’s hardest questions alone. Along with the title song, this unique thematic mix is apparent in the opening track “Hope Or Nostalgia,” the Triple A radio single “Old Friend,” the fresh perspective “Just As Good (feat. Ellie Holcomb),” the unifying, Saint Teresa prayer inspired “No Body (feat. Matt Maher),” and “Stronger Love,” which was co-written by and features Leeland Mooring. 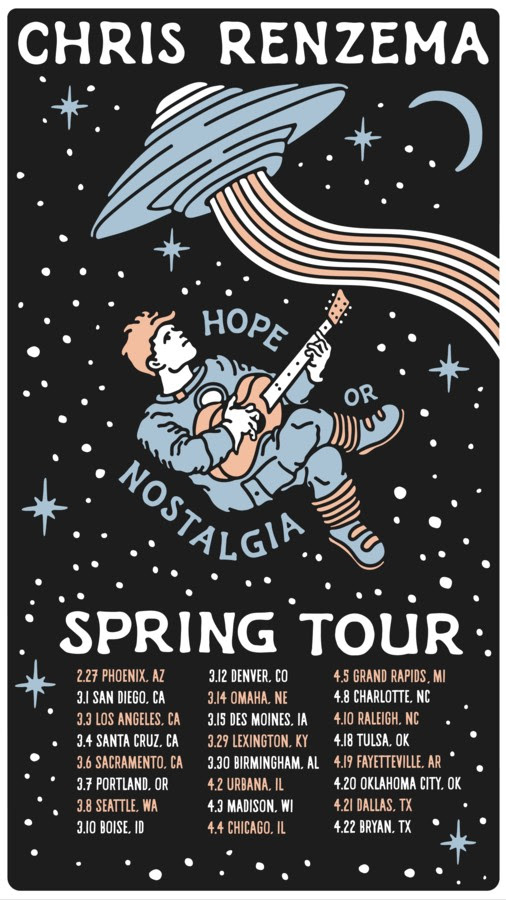